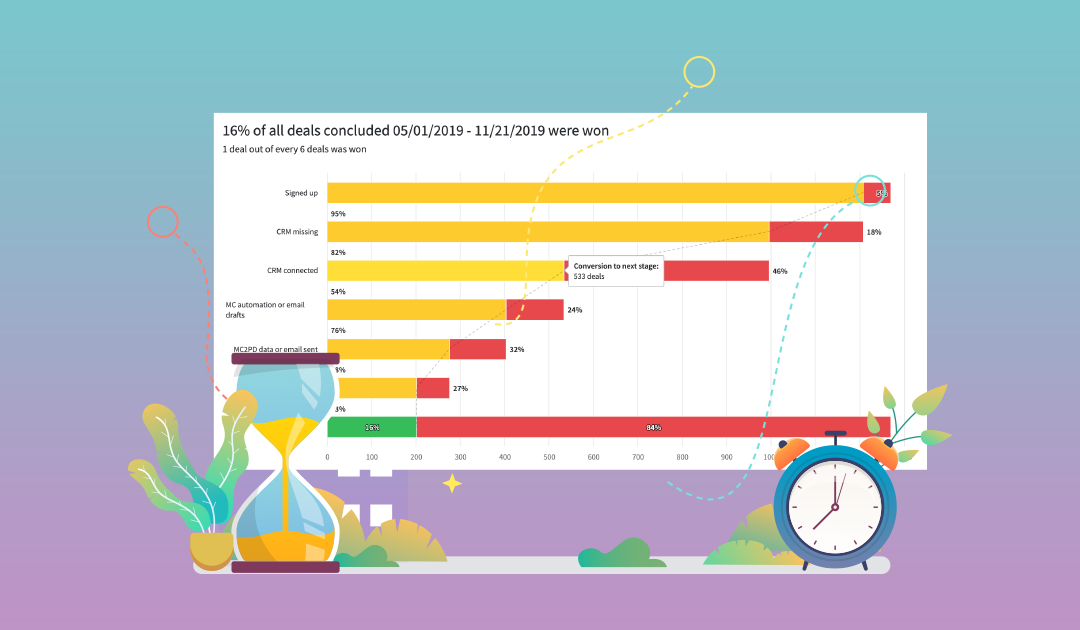 This is a case study of using affordable marketing tools (Pipedrive, Outfunnel and a bit of Mailchimp) for user onboarding automation for our SaaS tool. As a result, we saved more than 80% of the time required while maintaining or even increasing conversion to paid.

As for background: Outfunnel is a sales-centric marketing automation tool, mostly meant for small businesses. We have a free trial and, at least in theory, anyone can sign up, configure their funnel-specific marketing and get value out of the product without sitting through a demo or ever speaking to us. We have a “self-service” model rather than “white glove”, to use industry lingo.

Outfunnel works in a way where it’s easy to send targeted emails to any segment you’ve defined in your CRM. We were using Pipedrive, so below you’ll find information on our Pipedrive setup, but this would be equally simple with our Copper integration.

In summary: it pays to automate your user onboarding, but only AFTER you know the customer and where they get stuck.

If you’re using Copper or Pipedrive as your CRM, try out Outfunnel for automating onboarding or other customer-facing processes. Or schedule a time with me if you’d like to discuss this on a call first.